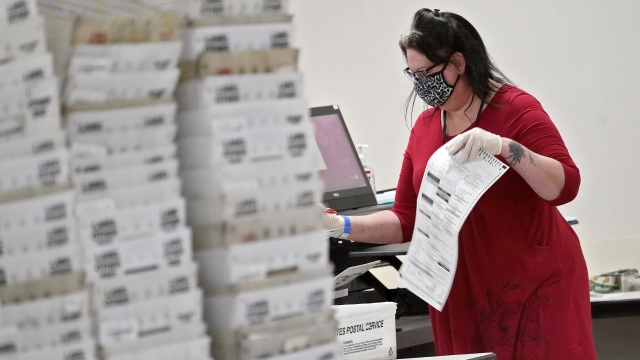 SMS
Arizona Attorney General Rejects Voter Fraud Claims
By Simon Kaufman
By Simon Kaufman
November 12, 2020
Republican Mark Brnovich says there is no evidence of voter fraud and the votes in question would not impact the result.
SHOW TRANSCRIPT

The Trump campaign has filed lawsuits in Arizona arguing votes were incorrectly counted.

But Arizona's Republican attorney general says there is no evidence of voter fraud and the votes in question would not impact the result.

"As to the lawsuit that was filed, we are literally talking about less than 200 votes that are in question and doubt. So, the reality is, even if it was possible that those votes flipped — those 200 votes — I do not think it will make a difference in Arizona just because of the numbers," said Arizona Attorney General Mark Brnovich. "What really happened, it came down to, people split their ticket. People voted for Republicans down ballot, but they didn't vote for President Trump and Martha McSally and so that's the reality. Just because that happened, it doesn't mean it's fraud."

The Associated Press has already declared Biden the winner in Arizona.

The state's attorney general noted that Republicans won in state-level races, but people split their ballots in the presidential and Senate races.