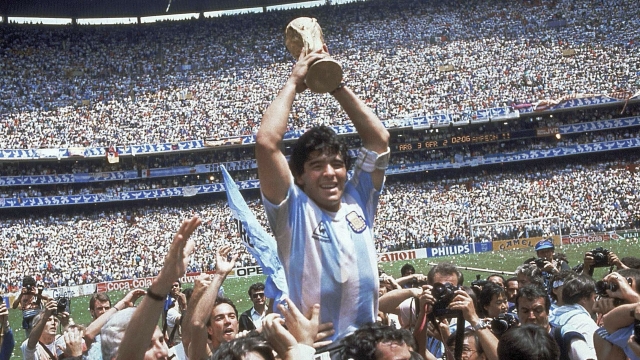 Maradona is one of the most decorated soccer players in history. He played in four World Cups and scored the famous “Hand of God” goal in 1986, winning the World Cup title for Argentina that year.