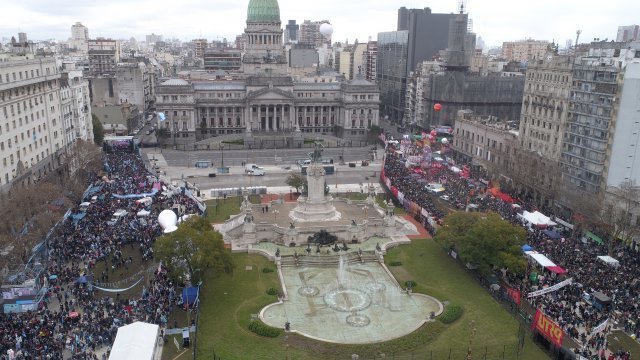 Argentina's Senate narrowly rejected a bill Thursday that would have legalized abortion. But despite the failed vote, women's rights activists say they've been galvanized by the progress they made.

Since the early 2000s, the country's Congress has debated six bills to legalize the procedure. This latest bill became the first to pass the lower chamber back in June. Argentina's president said he would sign the bill if Congress passed it even though he personally opposed it.

The upper chamber debated for almost 16 hours as activists on both sides of the issue rallied outside. The measure failed 38-31.

After the vote, the president said the discussion was not over. The government is expected to move to decriminalize abortion. Hundreds of thousands of unsafe procedures happen in Argentina each year, and rights group say they're a leading cause of maternal deaths.