Argentina Is Getting More Than Just A New President 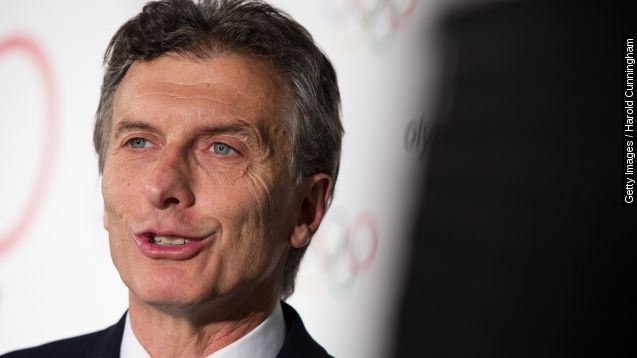 Mauricio Macri is the next President of Argentina, and his ideology differs from many of the country's past leaders.

Argentina's first-ever presidential runoff vote Sunday may not only mark the end of the Kirchner era but also knock out the party that, with few exceptions, has dominated the presidency since 1946.

Buenos Aires Mayor Mauricio Macri seems to be the favorite to unseat the center-left ideology that's been in power since 2003, commonly known as Peronism. (Video via Mauricio Macri)

While opponent Daniel Scioli is running under the Front for Victory Party, like the Kirchners before him, he's also a longtime member of the Peronist Justicialist Party. (Video via Daniel Osvaldo Scioli)

In the first round of elections, Macri, an underdog, came within 2.5 points of his rival.

According to recent polls, Macri has gained even more ground and is now the favorite to win.

Macri has promised a change in economic and foreign policies that would align the country more with the U.S. and less with the leftist leaders of the continent's "Pink Tide" movement, which came to power a decade ago with leaders such as Venezuela's Hugo Chavez and Bolivia's Evo Morales. (Video via Mauricio Macri and The Guardian)

Macri says he wants to create policies that would benefit businesses and grow the economy by cutting deals with foreign creditors and cutting government spending.

Although he's promising a smooth transition to a more open economy, critics fear he'll bring the country back to neoliberal policies. (Video via Mauricio Macri)

The election results may radically change the country's political and economic climate. But the tight race alone is significant because it's the closest Argentina's presidential elections have been in years.