Argentina Is Facing The Worst Locust Plague In 50 Years 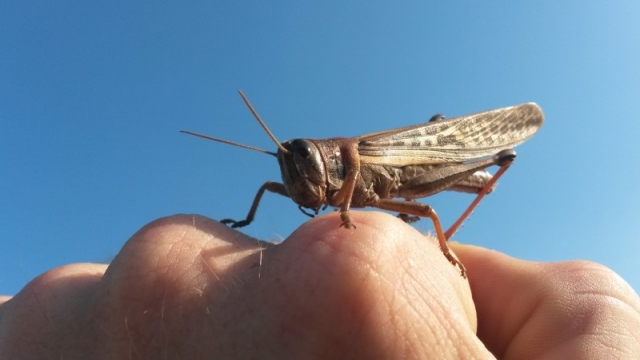 SMS
Argentina Is Facing The Worst Locust Plague In 50 Years
By Kate Grumke
By Kate Grumke
January 26, 2016
Officials say at this point, they can't stop the swarm; they can only hope to reduce the damage.
SHOW TRANSCRIPT

Officials say it's the worst invasion the country has seen in 50 years.

The locusts are covering more than 700,000 hectareas or about 1.7 million acres in northern Argentina.

That part of Argentina is important for agriculture, and many are worried about the economic impact of the swarm.

The government is trying to control the outbreak before it gets worse by fumigating young locusts.

But officials say at this point, they can't stop the plague; they can only try to reduce the damage.