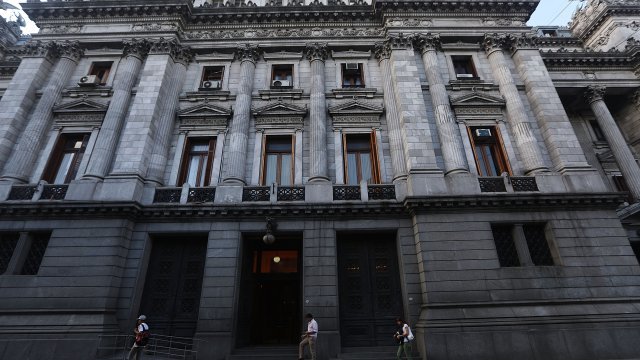 SMS
Argentina Gets Closer To Legalizing Elective Abortion
By Gabrielle Ware
By Gabrielle Ware
June 14, 2018
An abortion bill passed the country's Chamber of Deputies and now heads to its Senate.
SHOW TRANSCRIPT

Argentina just got one step closer to allowing elective abortions.

The country's Chamber of Deputies voted Thursday to allow abortion up to 14 weeks, regardless of circumstance. Currently, abortion is illegal unless the woman was raped or her life is in danger, and even then, women have to ask a judge for permission.

Thousands of demonstrators cheered outside Argentina's congressional building following the decision. Many had been camped outside since the night before.

But it was a close call. The bill passed 129-125 after some last-minute votes shifted in favor of the legislation.

Argentine President Mauricio Macri does not approve of abortion but said he'll allow it if the bill passes successfully through the legislature.

The close call also signifies how contentious the debate is. Senators are next to vote on the measure, and many have said they oppose it.