Aretha Franklin, Queen Of Soul, Has Died At The Age Of 76 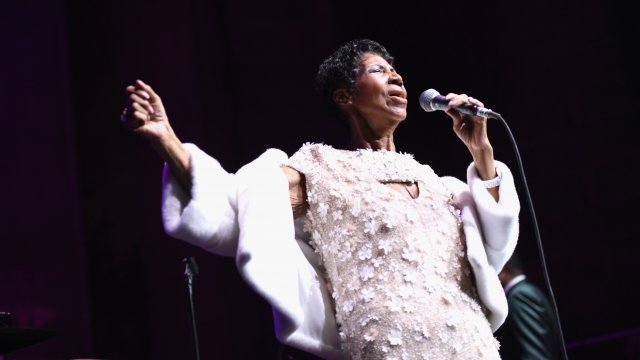 Franklin died from an undisclosed illness.

During her decades-long singing career, Franklin recorded hit after hit, including "Respect," "Chain of Fools" and "I Say a Little Prayer." Along the way, she earned the nickname the Queen of Soul.

In total, 73 of her songs charted on the Billboard Hot 100 — the second-most of any female artist.

The 18-time Grammy winner also became the first woman to be inducted into the Rock & Roll Hall of Fame in 1987. In the years following, Franklin received the Kennedy Center Honors and was awarded the Presidential Medal of Freedom.

Franklin announced in 2017 she was retiring from performing but said at the time she still planned to make music.