Are We Winning The Fight Against Ebola? 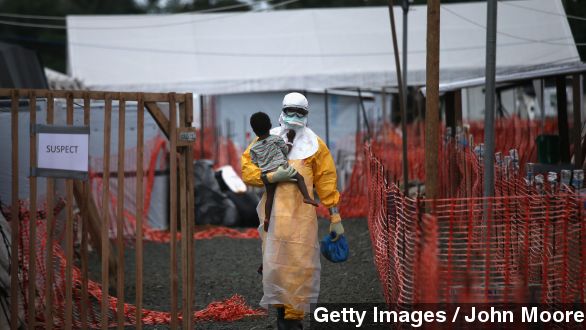 SMS
Are We Winning The Fight Against Ebola?
By Jake Godin
By Jake Godin
January 29, 2015
The World Health Organization announced the fight against Ebola has entered its second phase as the number of cases per week has steadily dropped.
SHOW TRANSCRIPT

For the first time since June 2014, the number of new Ebola cases per week has fallen below 100.

The World Health Organization announced on Wednesday the response to the massive Ebola outbreak in Western Africa has moved into its second phase — ending the epidemic.

In total, there have been around 22,000 cases of Ebola and a little over 8,800 deaths since the outbreak began last Spring. (Video via Doctors Without Borders)

Ebola case numbers aren’t all down though. Guinea’s 30 reported cases is an increase over the 20 it reported last week. A prefecture bordering Senegal in the country’s north also reported its first case. (Video via Voice of America)

With the response now concentrating on ending the epidemic rather than containing it, WHO says it is switching from building infrastructure to educating communities and case management. (Video via World Health Organization)

An apparent ending of this Ebola epidemic is a good thing. But there’s also something researchers find troubling — the virus could be mutating.

According to the BBC, scientists at the Institut Pasteur in France say they’ve seen Ebola cases without symptoms, otherwise known as asymptomatic cases. (Video via BBC)

The researchers told the BBC the change to asymptomatic cases could be the virus adapting to spread faster. They’ve been analyzing hundreds of blood samples from Ebola patients in West Africa. (Video via Institut Pasteur)

Don’t let that scare you too much though — there’s still no evidence suggesting the virus has gone airborne. The only way to contract Ebola is direct contact with infected bodily fluids.

This has been the largest Ebola outbreak in history by far. Multiple vaccines are now in development including two by researchers at Institut Pasteur, according to the BBC. They hope to start human trials by the end of the year.