Are We Entering The Age Of The Biochip? 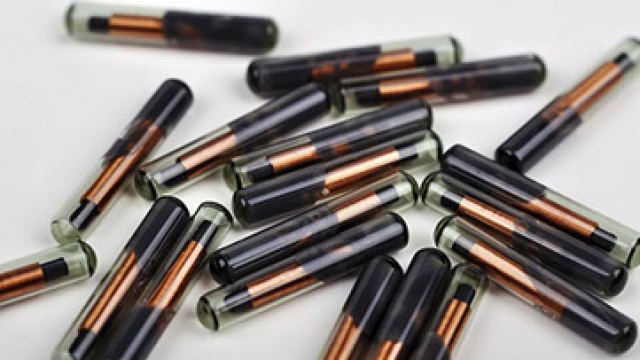 First there were mainframe computers that filled up a room. Then clunky desktops.

Then sleek desktops. Next, laptops, smartphones, smart watches. Computers started going everywhere with us. Now there's a new generation the size of a grain of rice going everywhere inside us: the biochip. It's injected, usually between the thumb and index finger.

Biochips are usually encased in medical glass, have a tiny antenna and an integrated circuit that transmits data when scanned by an electronic reader.

They might be little more than a gadget at this point, but they're showing signs of catching on. The tiny chips already can replace keys, credit cards and train tickets and buy snacks. The tipping point from novelty to necessity seems inevitable. But what about security? What about privacy?

In 2004, the FDA approved a chip that would store medical records and be implanted in the upper arm. The idea was that it would save time in an emergency. Doctors would be able to scan the chip and quickly learn the patient's blood type, allergies and health history. A market for the chip didn't materialize. It failed. A key reason: Doctors said patients were concerned about privacy.

Biochip advocates argue there's little cause for concern — compared to a smartphone, which transmits where you are, a chip is passive. It is not constantly sending off a geo-location.

But what if the chip is GPS-enabled? That's being worked on. It could be used to keep tabs on relatives with dementia. Maybe children.

Perhaps convicted sex offenders — that suggests practical applications. It also raises practical concerns. Will it eventually be possible to turn on and off GPS in chips? If so, will some employers eventually want to be able to keep track of employees? Who has subpoena power to track you? 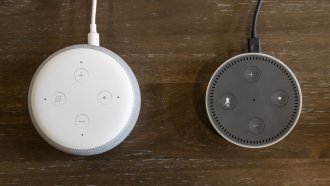 Always Listening: Privacy In The Era Of Alexa And Smart Toilets

Five states — California, Missouri, North Dakota, Oklahoma and Wisconsin — already have passed laws prohibiting "mandatory implantation" of biochips. And what about hacking? As more and more people get biochipped and credit card numbers are stored, won't criminals soon follow? It's happened with credit cards, and they are passive.

Biochips have even caught the attention of some fundamentalist Christians who see them as fulfilling the prophecy of the "mark of the beast" in the Book of Revelations. But other biblical scholars call that fear more a plotline from end-time novels than a passage from Revelations.

Whether or not it's the end times, a more immediate question might be: Will biochips mark the end of our personal privacy, or will they finally be embraced by a once-skeptical public?