Are We Closer To COVID-19 Herd Immunity? 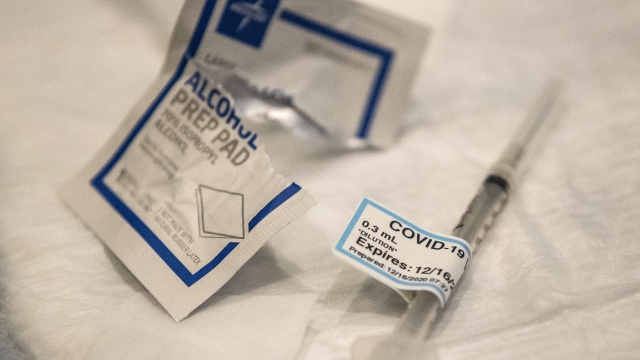 SMS
Are We Closer To COVID-19 Herd Immunity?
By Lindsey Theis
By Lindsey Theis
February 3, 2021
Experts say for protection from the coronavirus, 75-80% of Americans would need to get vaccinated.
SHOW TRANSCRIPT

It’s really a matter of simple math, but thanks to a slow vaccination pace and a growing number of variants, herd immunity is still a ways off.

When most of a population is immune to an infectious disease, it provides indirect protection — or herd immunity — from that illness.

"The level of infection is going to go very, very low down in the community and in society, and, at that point, the entire community can start getting back to normal," Dr. Anthony Fauci, director of the National Institute of Allergy and Infectious Diseases, said.

"It does look like the United States might be reaching herd immunity. Again, that's based on looking at the number of new daily new infections. It's been going down sharply over the past few weeks," David Montefiori, director of the Laboratory for AIDS Vaccine Research and Development at Duke University, said.

While case numbers are down, vaccinations, experts say, should be ramping up more. Now time for the math: With 330 million people in the U.S., experts estimate 75-80% of them would need a vaccination or have been previously infected with COVID-19 for herd immunity to occur. That means nearly 250 million people would need to get shots. Right now, about 1 million shots are going into arms each day across the country.

"It should be the minimum that you do in a day. Three to 5 million would be much preferable," Dr. Michael Teng, a virologist at USF Health, said.

The concern for experts isn’t just the slow pace of vaccinations. Experts say different variants — mutations of the coronavirus — have become the dominant version in places like South Africa and Brazil. They could slow progress toward herd immunity.

"Because of their partial resistance to that immunity and the risk of a new variant emerging that's able to evade that preexisting herd immunity even to an even greater extent," Montefiori said.

Experts are optimistic, though, as more vaccine candidates, like the Johnson & Johnson one-dose shot, step toward FDA authorization, herd immunity isn’t just a pipe dream but something that could happen as long as many people as possible get vaccinated.

"Even the ones with the lower overall efficacy rate prevent severe disease and hospitalization. So whatever one's being offered to you, go get it," Dr. Becky Smith, medical director of infection prevention and control at Duke University Hospital, said.

The CDC’s official stance on when herd immunity could occur is unclear. Dr. Fauci thinks we’re looking at the end of summer, beginning of the fall.