Are US Ground Troops The Reaction ISIS Wants? 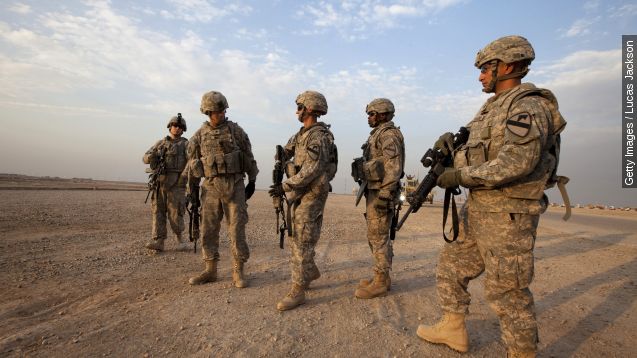 U.S. warplanes have been bombing ISIS targets for nine months. For some members of Congress, that's not going to cut it. (Video via U.S. Central Command)

A small but vocal group is calling for ground troops.

"It will take us thousands of American soldiers," Sen. Lindsey Graham told CNN.

"We are going to have to have boots on the ground," Sen. John McCain told Fox News.

ISIS is arguably seeking more than revenge with its brutal on-camera executions. It's seeking a reaction.

And it's getting one. Recent polling shows a majority of Americans now support deploying ground troops to fight ISIS.

On the one hand, ISIS provoking open warfare doesn't make much sense. Why would a group trying to expand its territory want to pick a fight with U.S. forces?

But consider the propaganda value the death of just one American soldier would have.

Counterterrorism expert Ali Soufan put it like this: "They are trying to suck the west into the war with them. … Then they'll be not only the regional bad boy, but also the bad boy for the global jihadi movement."

"I will not commit you and the rest of our armed forces to fighting another ground war in Iraq," Obama told troops at the U.S. Central Command in Tampa, Florida.

The raid was the administration's first publicly known offensive ground operation in Syria.