Are Truck Drivers A Dying Breed? 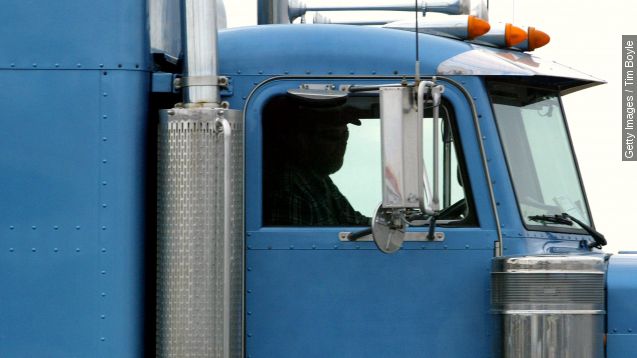 SMS
Are Truck Drivers A Dying Breed?
By Katie Link
By Katie Link
October 11, 2015
The industry is growing, and the workforce is aging. Trucking needs a facelift and about 50,000 new employees.
SHOW TRANSCRIPT

America's truck drivers are getting old. A new report by the American Trucking Association, or ATA, says there will be a shortage of nearly 50,000 drivers by years end in part due to a retiring workforce.

And industry experts warn the shortage is serious. An average of 89,000 new drivers will need to be added per year to keep up with the demand of goods to be delivered.

One way the industry hopes to lure in new hires? A bigger pay day. The chief economist at the ATA says trucker wages have increased as much as 12 percent in recent years. (Video via Walmart)

Which might be bad news for you. If your grocery store has to pay the trucker more to get your eggs delivered, then you're probably going to have to pay more for those eggs. You know, supply and demand.

Other incentives to recruit drivers include more time off, lowering the driving age and opportunities for veterans.

Now we have to mention, truck drivers who drive for private fleets are most likely to make the big bucks. According to the Labor Department, the median annual salary for all drivers is about $40,000.