Are The Kardashians Smarter Than We Think? 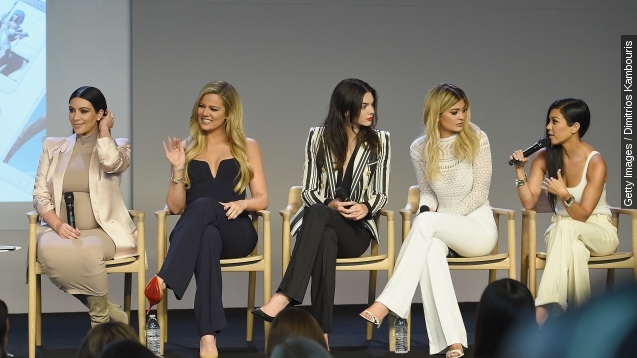 "Do you know how to do your own laundry?" Khloe Kardashian asked younger sister Kylie Jenner in an episode of "Keeping Up With the Kardashians."

Are the Kardashians smarter than we give them credit for?

"Do you know anything about credit?" Khloe asked in a follow-up question.

Sure — it's hard to take them seriously sometimes. (Video via E!)

But one thing they are serious about is business. And as much as you don't want to admit it, the women are business savvy. Kris, Kourt, Kim, Khloe, Kendall and Kylie — all businesswomen with booming brands. Hey girls. Brunch?

Slate dug into Kardashian-omics and praised the family for its talent in personal branding, saying "What they do best is they stack their success." And talk about starting from the bottom, so to speak.

"Would you be where you are without the sex tape?" Oprah Winfrey asked Kim Kardashian in a 2012 interview.

"You know, I think that's how I was definitely introduced to the world," replied Kim.

Kim Kardashian, now worth an estimated $85 million, turned bad press from a home video of sorts into publicity, which garnered her a fan base, got her a TV show, made the entire family famous, launched partnerships and made everyone millions.

Contrary to popular belief, the Kardashians aren't famous just for being famous. They're also famous because they're talented in business, and they have transcended their image of being pretty people doing pretty things. For goodness' sake, they're all techies now!

The clan launched their new personalized apps — where you can tune in to learn more about how to get Khloe's curves or Kylie's hair.

Kylie Jenner's app alone quickly became the most downloaded app in Apple's free App Store upon its release, re-affirming the family's influence. Combined, the girls have an Instagram following nearly equivalent to the population of Nigeria.

The family has built an empire, and sometimes it seems like there's no end to product possibilities — like when Kendall and Kylie Jenner penned a sci-fi novel. Or when Kim curated a collection of her best selfies. Though based on sales, it's fair to say the Kardashian following doesn't like to read, even picture books.

So don't let their perfect brows and breathy voices fool you. These women also have brains for business as big as their ... lips.