Are Sharon And Ozzy Osbourne Splitting After 33 Years Of Marriage? 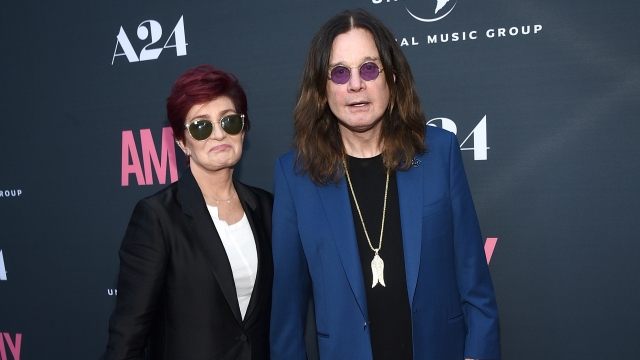 Ozzy's rumored to have moved out of the family home.

Sharon and Ozzy Osbourne are said to be calling it quits after being married for 33 years.

E! was the first to report the 67-year-old rocker moved out of the family home, but the split reportedly didn't involve any issues with Ozzy's sobriety.

Ozzy's drug and alcohol use led to breakup rumors in the past.

The two were rumored to have split in 2013, with some saying they were getting a divorce. However, Sharon said everything had been "distorted," and Ozzy admitted to drinking and that drugs had become a problem again but that he and his wife were not splitting up.

As of Sunday afternoon, neither Ozzy nor Sharon had addressed this most recent breakup rumor.

This video includes clips from Epic Records / "Ozzy Osbourne: Memoirs of a Madman," CBS / "The Talk," Time and images from Getty Images.