Are Selfies And Cameos The New Autographs? 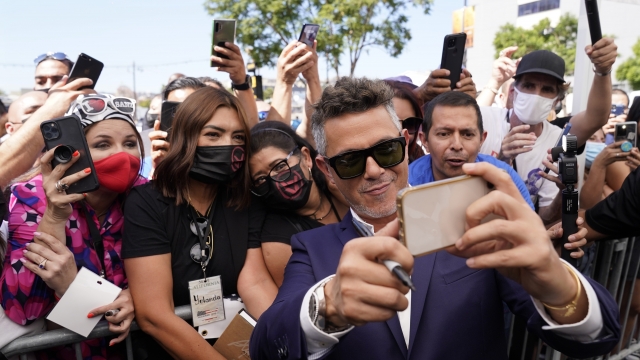 SMS
Are Selfies And Cameos The New Autographs?
By Casey Mendoza
By Casey Mendoza
April 21, 2022
Fans used to crowd around celebrities to get their autograph, but in the digital age, fans are wanting a more personal note.

From simple signatures on notecards, signed albums or posters from major hit TV series — autographs are coveted celebrity collectibles, as well as lucrative opportunities for actors, musicians and athletes.

Celebrity autographs online can go for prices from $20 to $200,000 depending on the signature — especially for legacy artists like Jimi Hendrix and Freddie Mercury.

But in today's digital age, fans are clamoring for something a little less tangible but a lot more personal: selfies and videos to post to social media.

"Cameo started with the idea that the selfie was the new autograph," said Steven Galanis, CEO and co-founder of Cameo.

Cameo is a platform where fans can commission custom videos from a lineup of over 50,000 celebrities.

Like autographs, prices can vary based on the popularity or demand for certain artists. But unlike buying autographs online, buying a Cameo can come with more direct engagement.

"We were looking for a way for people to have that incredible experience that they could put on their Instagram or Snapchat or TikTok to show that somebody that they love knew who they were and acknowledge their existence," Galanis said.

Think of them as digital celebrity meet-and-greets, which can cost hundreds of dollars at conventions. But unlike those in-person events, fans who buy Cameos usually aren’t buying them for themselves.

Galanis says that 85% of Cameos are bought for others for holidays, birthdays or even proposals.

"So Brian Baumgartner from 'The Office' — he said he’d like us to apply to the Guinness Book of World Records for him, because he’s done over 100 proposal videos, and it’s his belief that no one has ever done more proposals than him," Galanis said.

That personal aspect of a Cameo, or even a selfie, shows another major difference from autographs: You can’t really sell them to someone else, but they are completely yours.

"They say your name, they say personal details, so there's no, like, resale market in what we do," Galanis said. "So we think broadly we're in this new category of celebrity fan engagement."

That difference marks a change in what fans want from their favorite celebrities today — it's less about "collecting" things from celebrities and more about interacting with them.