Are Humans To Blame For North Carolina Shark Attacks? 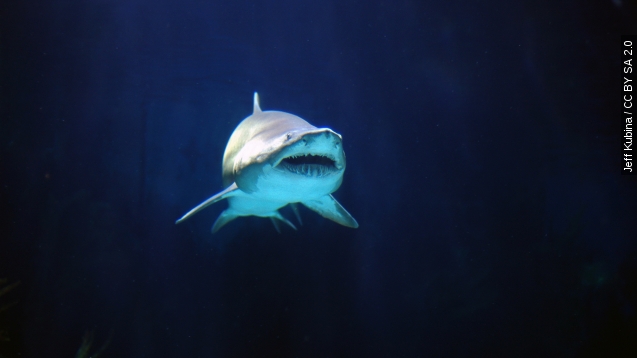 Sharks are scary. They're really good swimmers; we're really not. They're apex predators; we're ... not, really. (Video via National Oceanic and Atmospheric Administration, YMCA of South Australia, Discovery and KXTV)

So when they attack us, it's scary, especially when it seems like there are more attacks than ever — like this summer.

"Two kids are recovering after a pair of shark attacks in North Carolina," a WNCT anchor announced.

While there was a slight uptick in attacks in one region of the country, shark attacks aren't really on the rise.

The slight increase in attacks in North Carolina can be chalked up to a variety of possible causes, none of which mean sharks are more aggressive. (Video via ABC)

Saltier water, baby sea turtle season and other oceanographic factors could all have brought more sharks into contact with humans this summer. (Video via National Geographic)

But there's also a human factor to take into account. (Video via WWAY)

"Fundamentally, shark attack, then, is driven by the number of humans in the water more than the number of sharks," International Shark Attack File director George Burgess told NPR.

"When areas such as the Carolinas become popular tourist destinations, as they have, there's more people entering the water, you're going to end up having more shark bites," Burgess added. (Video via Economic Development Partnership of North Carolina)

And the numbers seem to back that up: Tourism has been on the rise in North Carolina, with first-time visitors making up more than a tenth of the tourists who visited the state in 2014. (Video via Right Point Media)

Aside from shopping and visiting relatives, going to the beach was at the top of the list of tourist activities in 2014 as well.

That's obviously not conclusive evidence an increase in humans is driving the increase in shark attacks, but it's a little more plausible than human-hungry killer sharks. (Video via Universal Pictures / "Jaws")