Are Humans Really Worse For Wildlife Than Radiation? 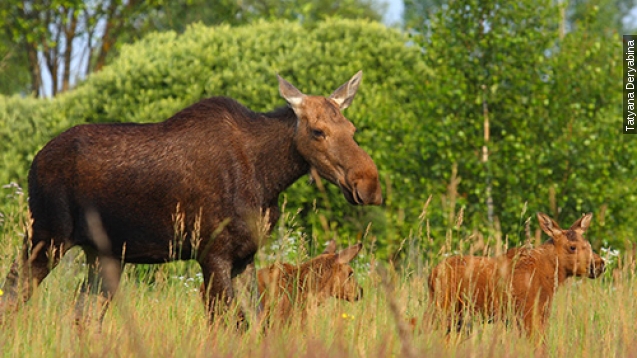 Since the Chernobyl nuclear disaster almost 30 years ago, some scientists have argued that human habitation was actually worse for wildlife there than the ensuing radiation.

But there are reasons to believe the reality is a little more complicated. (Video via ABC)

The populations of other large mammals studied — wild boar, roe, red deer and elk — were at least as dense. (Video via Russia 24)

"It doesn't say that radiation is good for animals, it just says that human habitation of an ecosystem is much, much worse than the biggest nuclear accident in history," said University of Portsmouth professor Jim Smith. (Video via Institute of Physics)

"Hunting, fishing, chopping down trees, agriculture, does much more harm to an ecosystem than even a very serious nuclear accident," Smith added.

But the nuclear disaster has cost the animals as well.

"We've been looking at the small rodents, looking at spiders," said biologist Timothy Mousseau. (Video via The New York Times)

This is biologist Timothy Mousseau, who has spent a good portion of his career looking into radiation's effects on individual animals. (Video via Foreign Correspondents' Club of Japan)

He's noted decreased biodiversity, as well as radiation-related mutations and tumors he sees in different species across the Chernobyl exclusion zone. (Video via YouTube / Timothy Mousseau)

"What we found is that the frequency of aberrant color patterns on the backsides of these bugs is directly proportional to how radioactive the area is," Mousseau said.

Mousseau has suggested that population explosions, like the one Smith's study documents, happen largely in animals humans hunt. Animals at other levels of the food chain haven't seen similar booms. (Video via Radio Free Europe/Radio Liberty)

Mousseau told NBC News he thinks the recent wolves study is "overly optimistic" and that its authors are "suffering from wishful thinking." He also said more research needs to be done to understand how radiation affects wildlife in the exclusion zone.

This video includes Getty Images and an image from Arctic Wolf / CC BY ND 2.0.