Are Face-To-Face Conversations The Solution To Prejudice? 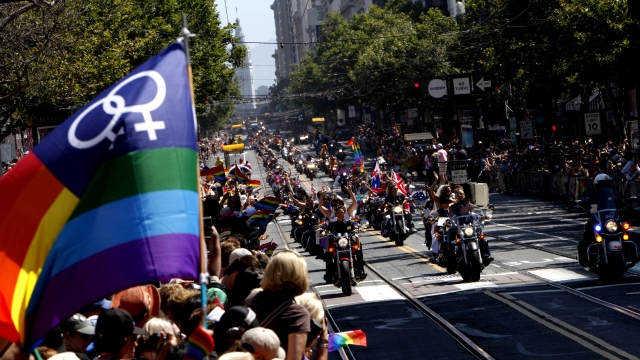 Mississippi, North Carolina, Tennessee, Missouri — all states that have passed or are considering bills that some say are anti-LGBT. But that is not an exhaustive list.

Opponents say this type of legislation opens the door to discrimination against LGBT people. The issue is pretty divisive, so what could help those on both sides of the issue find middle ground?

The answer could be as simple as a face-to-face conversation. A study published in Science found that a single 10-minute conversation that encouraged people to understand someone else's perspective reduced prejudice.

For the study, canvassers talked to strangers in an attempt to reduce their prejudice toward transgender people. They asked the participants to think of a time when they were judged negatively for being different, and then drew a parallel between that personal experience and what transgender people face.

After the initial conversation, researchers checked back for the next three months and found that participants continually reported feeling less prejudice toward transgender people.

One study doesn't show causation. But maybe this will open the door to more research on how to get people to come to an agreement on divisive issues.