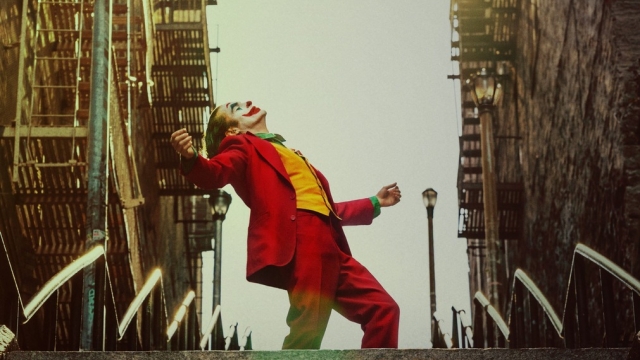 SMS
Are Audiences Actually Influenced By Oscar Nominations?
By Casey Mendoza
By Casey Mendoza
February 3, 2020
"Because of the value of having a nomination, I think it brings in a completely new audience."
SHOW TRANSCRIPT

"It's exciting that we end up with being the most-nominated studio at the Oscars this year with our films."

"Some of our members around the world use the awards pieces as a sign of what they want to go watch."

For Netflix, it's hard to say, because the subscription-based streaming platform doesn't consistently release viewership numbers. But other streaming platforms like FandangoNow, which sells and rents individual titles and bundles, notes that awards are influential for its users.

Since Jan. 13, when the Academy announced its Oscar nominations, the top-selling 2020 nominees on the platform were "Joker," "Maleficent: Mistress of Evil," "Parasite," "Once Upon a Time ... In Hollywood" and "Harriet."

"Joker" is pretty notable — not just because it's holding the No. 1 spot for FandangoNow, but because it's also maintained a relatively strong box-office presence. The film came out on Oct. 4, so almost everyone who wanted to see it likely already did before mid-January. But after "Joker" was nominated for 11 Oscars, it experienced a 450% bump in box-office revenue.

Cameron Douglas, FandangoNow's vice president of home entertainment, told Newsy, "Because of the value of having a nomination, I think it brings in a completely new audience."

The same happened with "Moonlight" in 2016. After the film was nominated for eight Oscars, its box-office revenue went up by 111%. And its peak at the box office happened the next month: After winning best picture at the Academy Awards, "Moonlight" played at more than 1,500 theaters and made more than $3 million in just one week.

Beyond the big screens, streaming platforms like FandangoNow, Amazon Prime Video and Google Play are capitalizing on these honors, too. Each of them has a specific page for this year's nominees, and "Joker" is the top-selling film on Google Play just like it is on FandangoNow.

Outside of these examples, however, some experts are still unsure about the impact of award shows.

Mike Milligan, a senior director at the digital media and technology company Limelight Networks, told Newsy: "Award shows are a great tool for building hype around new streaming series and movies, especially as more content from Netflix and Amazon (among others) earn big nominations. However, our survey found that only 13% of global viewers depend on news coverage to discover trending streaming series and movies. This means that awards show buzz might not be a deciding factor in whether viewers tune in."