Arctic Melt Could Open Access To ... What Caused Arctic Melt 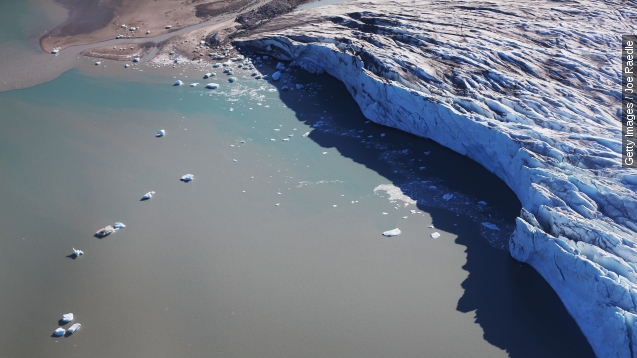 With a melting Arctic, Iceland's president said the door could open to a massive deposit of resources, and the irony isn't lost on many.

The Arctic melting might not be all bad, depending on your perspective, of course.

Iceland's President Olafur Grimsson recently spoke at an Arctic Circle Forum and said that with the melting ice comes access to rich resources, including fossil fuels.

Ironic, isn't it? And of course, there's no shortage of investors wanting to cash in on the possibility of oil, rare metals and new transportation routes.

The Arctic, including Alaska, is estimated to have a quarter of the world's oil and gas, and has yet to be touched.

Despite all the opportunities for various industries, Grimsson doesn't want Iceland to be tapped into carelessly and the environment endangered.

Environmentalists are wary, too. An oil spill could be detrimental to the shores and wildlife it touches. And little infrastructure could make the cleanup process challenging.

Sen. Al Franken noted what environmentalists would surely consider a cruel spin on climate change, "The burning of fossil fuels is creating the opportunity to create more fossil fuels to burn."