Warmer Weekend Expected After Extreme Cold Temperatures Across US 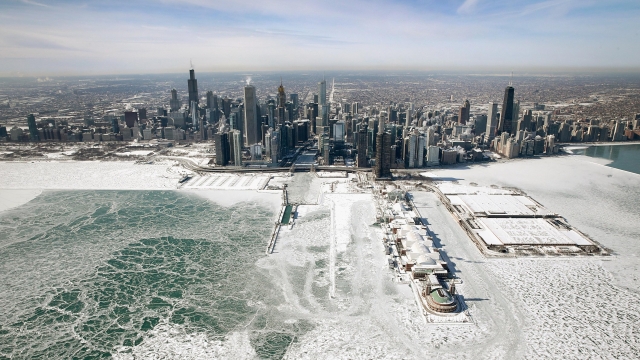 Extreme cold temperatures in the Midwest are expected to let up this weekend after a polar vortex ripped through most of the U.S. this week. But, the quick warm up isn't all so good.

The cold temperatures canceled thousands of flights, stopped dozens of trains and even mail delivery. But not so fast, the warmer temperatures may cause other problems.

Flooding and icicles failing from tall buildings are expected as the temperatures get warmer. The National Weather Service said in a tweet the Twin Cities will see about 125 degrees in temperature change over the next seven days. And Chicago is expected to be in the 50s Monday after the city saw wind chill temperatures as low as 50 below zero.

Reports say at least 50 people were treated for frostbite in Chicago.