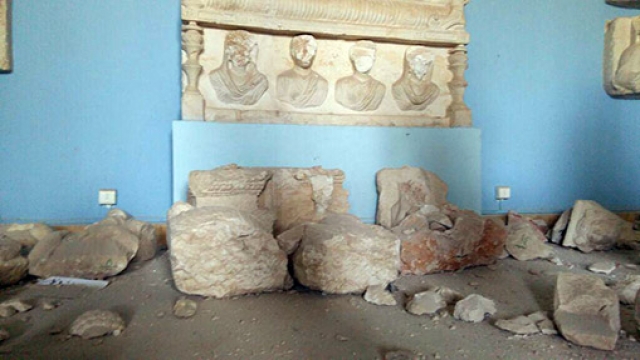 Russian archaeologists say they will help restore the ruins of the previously ISIS-controlled city of Palmyra, Syria.

Palmyra — nicknamed "the bride of the desert" — was once a main tourist attraction in central Syria and is a UNESCO heritage site.

ISIS took control of the city last May, and Syrian forces backed by Russia regained control in March.

But there are still reminders of ISIS' foothold in the city — like dozens of land mines circling the city.

The Syrian Ministry of Culture said 400 statues were saved at the start of ISIS' control. Multiple remaining statues that couldn't be rescued were broken and chipped by ISIS, but not beyond repair.

And Russian archaeologists aren't the only ones offering help.

London's mayor wrote, "One day Syria's future will be glorious, but that will partly depend on the world's ability to enjoy its glorious past. British experts should be at the forefront of the project."

This video includes clips from BBC and RT, and images from Syrian Directorate-General of Antiquities & Museums / CC by SA 4.0 and Getty Images.