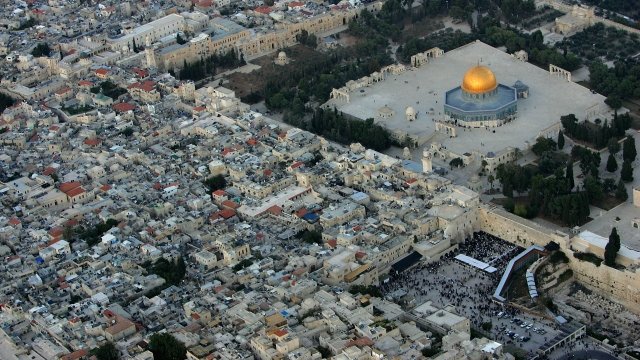 SMS
Arab League Drafts Response To Trump's Jerusalem Decision
By Jake Jones
By Jake Jones
January 7, 2018
The Arab League met over the weekend to figure out how to respond to President Donald Trump's recognition of Jerusalem as Israel's capital.
SHOW TRANSCRIPT

The Arab League could face inner division as it works to undo President Donald Trump's decision to recognize Jerusalem as Israel's capital.

Over the weekend, Jordan hosted Palestinian officials as well as officials from Egypt, Morocco, Saudi Arabia and the United Arab Emirates to go over how the group would respond to the U.S. move.

But the meeting was slightly overshadowed by a recent New York Times report, which said an Egyptian intelligence official was reportedly working to sway public opinion in favor of Palestinians giving up Jerusalem. 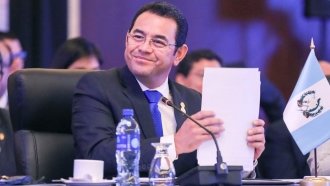 The bombshell report earned a response from Egypt's State Information Service. It called the report "inappropriate" and said Egypt's official positions should be gathered from official sources.

That being said, getting involved in a dispute with Israel isn't may not be a good move for Egypt either. The two regions share a border and have been working together to quell a growing ISIS-affiliate in Egypt's North Sinai region.