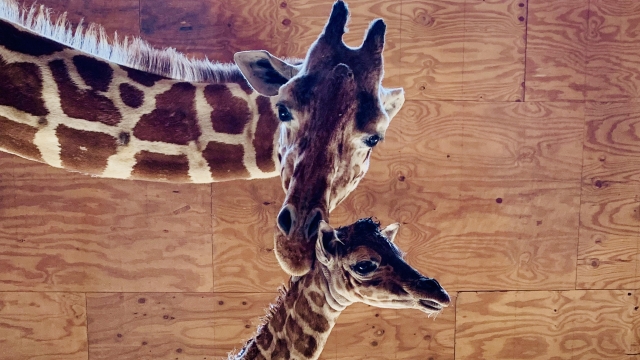 The giraffe the internet fell in love with in 2017 just had another baby.

In case you have no clue what I'm talking about: April is a 17-year-old giraffe residing at Animal Adventure Park in Harpursville, New York. The park is "an interactive, educational animal park; designed to promote up close and hands-on animal encounters."

In 2017, the last time April was pregnant, the park decided to set up a livestream of her barn to allow visitors to see her progress through the off-season.

The world watched and waited for months before April gave birth. When she finally did, over a million people tuned in. This time was a little less dramatic, with only around 300,000 tuning in on YouTube.

The park's owner pointed to this birth as a necessary step in conservation, saying in a press release: "With wild giraffe numbers plummeting annually, every calf born counts.”

Now that the baby's finally here, you should probably start brainstorming names. The park will launch a naming contest soon, and proceeds will support giraffe conservation initiatives. My vote for this one is "Nnamdi."