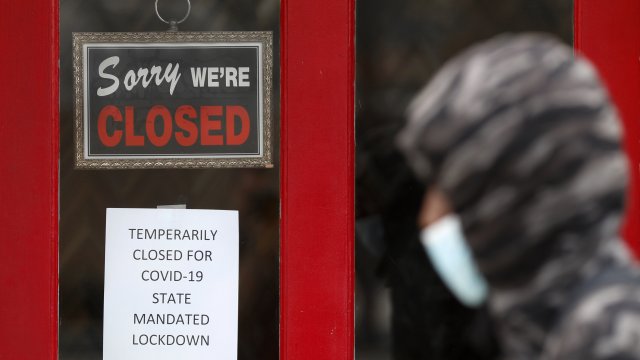 That means the unemployment rate now sits at 14.7% — the highest we’ve seen since the Great Depression. It also means all the labor market gains made over the past decade are gone. And some experts are warning this report may not show the full magnitude of the jobs lost, because many people may have given up hope and stopped looking.

Neel Kashkari, president of the Federal Reserve Bank of Minneapolis, said he believes the real rate of unemployment is closer to 23% or 24%. He also said he thinks we’re in for a “long, gradual recovery.” Some of the worst-hit sectors include health care and social assistance, retail, and construction.

The numbers are devastating, but they don’t come as a surprise given the weekly jobless claims reports. On Thursday, the Labor Department reported nearly 3.2 million Americans filed for claims just last week. Since the start of the pandemic, 33 million Americans have lost their jobs.