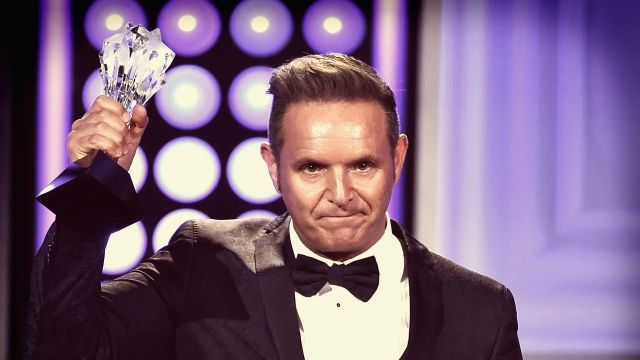 SMS
'The Apprentice' Producer Warns Staff Against Leaking Info To Press
By Matt Picht
By Matt Picht
November 2, 2016
"The Apprentice" producer Mark Burnett has been clamping down on potential leaks about Donald Trump.
SHOW TRANSCRIPT

There might or might not be some unaired, politically damaging footage from Donald Trump's time hosting "The Apprentice" locked away in a vault somewhere.

But the show's producer Mark Burnett isn't telling. And he's reportedly taken steps to make sure no one else involved in the show lets any footage see the light of day, either.

According to a report in The Daily Beast, former "Apprentice" staff and alumni have received warnings from Burnett's office saying they could face legal or professional consequences for leaking any material.

One former employee told the outlet, "They're not dumb enough to put anything in email right now — people in [Burnett's circle] are on lockdown over this stuff. ... They didn't directly 'threaten' [legal action] … but the message was clear: Don't talk to the media; don't leak to reporters."

After facing pressure to release any such footage, Burnett claimed he didn't have the legal rights to publish any "Apprentice" outtakes on his own.

Burnett also released a statement denouncing "the hatred, division and misogyny that has been a very unfortunate part of [Trump's] campaign." He also said he has consistently supported Democratic campaigns.

TV footage tends to be tied up in a web of contracts and rights agreements to prevent unauthorized distribution. Leaking footage without permission could carry stiff legal penalties, not to mention professional ostracism.