Apprehensions At The US Southern Border Increased In May 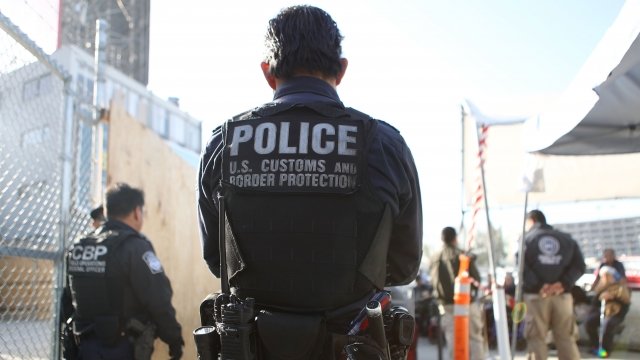 More than 50,000 people either were caught trying to cross into the U.S. illegally or were turned away at the southern border.

May was the third month in a row that more than 50,000 people at the southern border either were caught trying to illegally enter the U.S. or were denied entry.

The Department of Homeland Security apprehended almost 40,400 people who tried to cross into the U.S. illegally in May. And about 11,500 people trying to cross at ports of entry were denied admission.

Presidential administrations often use these numbers to judge if illegal border crossings are on the rise. Arrests were declining during part of President Donald Trump's first year in office but have mostly gone up since April 2017.

And that has reportedly upset the president. So much so that the New York Times reported last month that Kirstjen Nielsen, the secretary of Homeland Security, nearly resigned after Trump berated her over the issue.

Illegal immigration has been one of the Trump administration's top priorities. In a statement, Homeland Security said it didn't expect to be able to "reverse years of political inaction overnight or in a month."