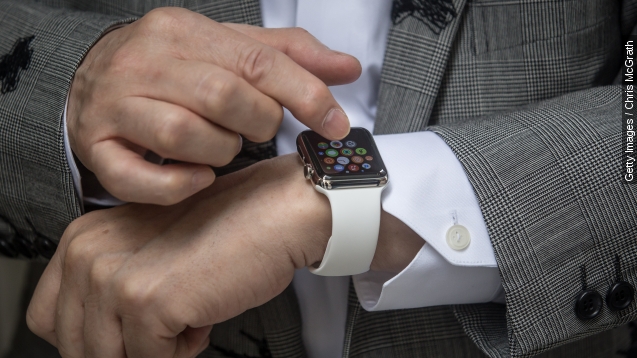 "Kors, unfortunately, has overexpanded the brand. They've diluted the luxury value of it. The essence of luxury is exclusivity," analyst Craig Johnson told Bloomberg.

Now other brands are feeling the knock-on effects. Kate Spade, Coach and Fossil all slumped in apparent response to Kors' poor performance.

But there's one exception, at least in one sector of the luxury market: Apple. Analysts say its new watch is a "major threat" to everyone else in that sector. (Video via Apple)

One chief strategist for a capital advising firm told Business Insider, "The versatility of the Apple Watch, as seen in its multiple straps and faces, essentially gives the consumer every watch style in the mall plus an Apple ecosystem that makes one's life easier."

Winning the midrange luxury market wasn't even Apple’s goal — if you believe the executives.

"It wasn't because we thought we could design a better watch or wanted to compete with existing watchmakers. Very different, it was because we saw the wrist was a fabulous place for technology," said Jony Ive at a recent panel discussion on the Apple Watch. (Video via British Vogue)

There might be something to be said for marketing then because it doesn't seem to be dinging Apple's stock price. It's been doing just fine for quite some time now.