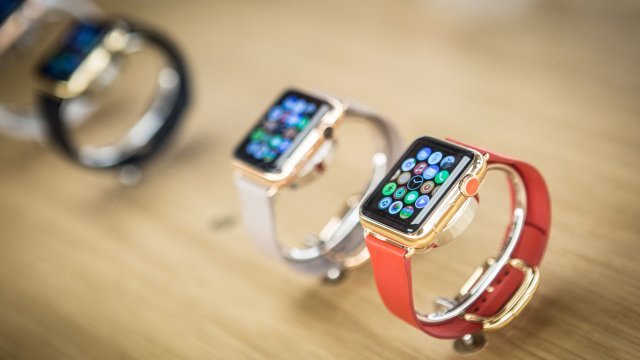 Some Apple products are exempt from new U.S. tariffs on Chinese goods.

President Donald Trump rolled out a list of about $200 billion in affected products on Monday. Those goods will get a 10 percent import tax. Apple could have been affected by those tariffs since it buys some parts in China.

But the list didn't include the Apple Watch or AirPods headphones.

Earlier this month, Apple wrote a letter to U.S. trade representative Robert Lighthizer saying it was difficult to see how tariffs that hurt U.S. companies advance "the government's objectives with respect to China's technology policies." It also said the tariffs would mean higher prices for American consumers.

Wireless speakers, Fitbits and a range of other fitness trackers were also excluded from the tariffs list.