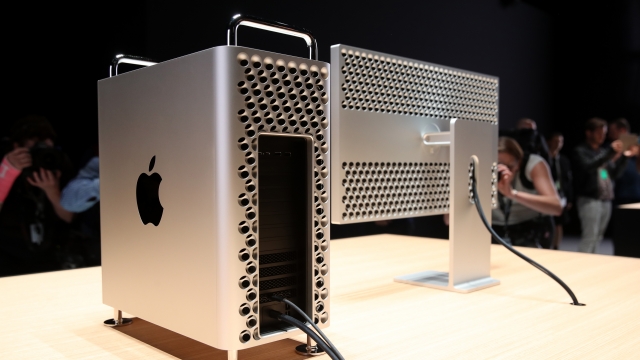 Apple announced Monday that it will manufacture the next generation of its Mac Pro desktop computer in Austin, Texas, quashing reports that the company planned to move assembly to China.

The Mac Pro has been the only Apple product assembled in the U.S. since 2013.

Over the weekend, the company received federal product exclusions that will let it import some parts for the Mac Pro from China without paying tariffs.

In July, President Trump signaled that he would reject Apple's application for a tariff waiver, saying in a tweet: "Apple will not be given Tariff waiver, or relief, for Mac Pro parts that are made in China. Make them in the USA, no Tariffs!"

But later that same day the president told reporters: "A man I have a lot of liking for and respect is [Apple CEO] Tim Cook, and we'll work it out. I think they're going to announce that they're going to build a plant in Texas."

Nearly all of Apple's products, including iPhones, iPads, MacBooks and Apple Watches, are still subject to tariffs that are set to take effect Dec. 15.