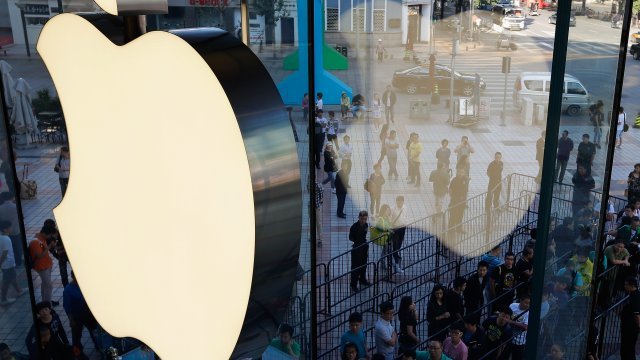 It's the first publicly traded U.S. company to reach that milestone.

The Silicon Valley business was also the first to reach the $800 billion and $900 billion marks, so it's in familiar territory.

"We believe that if we do the right thing for our users, if we put them at the center of our experience which we always do, and we're focusing on innovating and delivering the right products. That the results which are things like market cap, and revenues and profits, that that will come from doing these things right," Cook said.