Apple Should Swipe Now On Tap-Like Feature For iOS 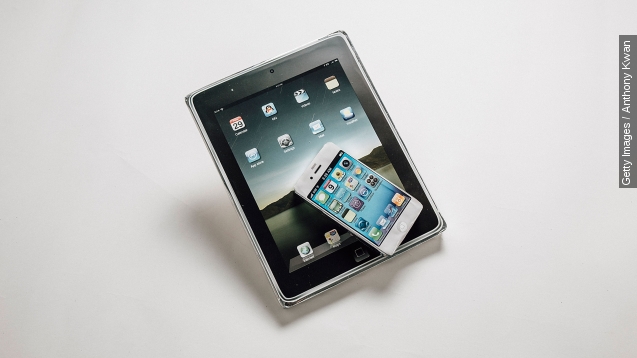 SMS
Apple Should Swipe Now On Tap-Like Feature For iOS
By Leah Becerra
By Leah Becerra
August 25, 2015
Google and Microsoft both have an awesome new feature that Apple should adopt soon.
SHOW TRANSCRIPT

Last week, Microsoft updated its Bing search app for Android devices with an awesome feature — a feature that Google already planned to bring to its new OS in the fall. And it's a feature that Apple should definitely borrow for iOS soon.

"So I can hold my finger down on the home button, it reads the screen and searches for it and gives me cards. So here's a card on Anna Kendrick. I can go right into the IMDb app to get more information about her," The Verge's Dieter Bohn said.

Google calls the function Now on Tap because when you tap and hold the home button — on devices running Android Marshmallow — information will be pulled up on cards that has to do with whatever was on screen.

Now that two big smartphone and tablet competitors already have the function, Apple has to catch up. Because technology moves fast and whichever company brings the feature to iOS first will likely gain the most users on that platform, too.

Besides, Apple has borrowed before, so it's definitely not above copying the idea. This year alone, Apple took at least five ideas from its competitors and shoved them into iOS 9.

Like low-power mode. It's a simple concept — one that makes a device's battery life last longer by slowing down the CPU and stopping some jobs that run in the background.

But Apple didn't come up with it first. HTC launched a power saving mode in 2013 with the One M7 smartphone. And Samsung's been using this type of feature on its Galaxy phones as far back as 2010. (Video via TechRax)

Other functions Apple's borrowed recently include some upgrades to Siri, Split View, Picture in Picture and the ability to look at public transportation using Apple Maps' Transit.

So what's one more swiped idea? We even came up with the perfect name for Apple's version of Now on Tap: iTap.