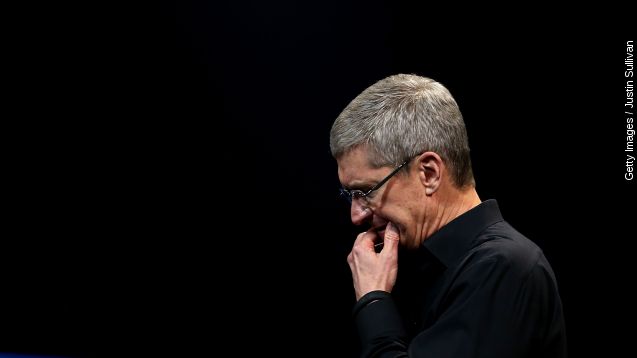 Apple is responding to accusations of racism after a video that's now gone viral showed a store employee kicking out six black students.

The video, posted on Facebook, shows an Apple store employee in Melbourne, Australia, asking six students of Somali and Sudanese descent to leave the store over concerns they might be stealing.

One of the students, Francis Ose, posted it to Facebook with the caption “Simply Racism.” The video has thousands of shares.

One of the students in the video told 9News: “We are a group of black males, teenagers. And teenagers do a lot of stupid stuff. But he still can’t give black people that stereotype.”

Apple has since apologized in a statement, saying "inclusion and diversity are among Apple’s core values. ... We believe in equality for everyone."

And Apple CEO Tim Cook also reached out to the company’s employees. In a letter published by Buzzfeed, Cook said: “What people have seen and heard from watching the video on the web does not represent our values. It is not a message we would ever want to deliver to a customer or hear ourselves.”

The manager of the store invited the students and their school principal to the store for a personal apology.

Cook said the apology was received "with good grace." One of the students, Mabior Ater, said, "It feels like we have justice now."