Apple's Rumored Attempt At TV Different Than Before 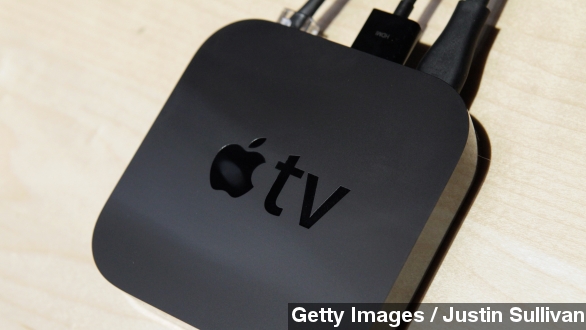 SMS
Apple's Rumored Attempt At TV Different Than Before
By Mikah Sargent
By Mikah Sargent
February 5, 2015
A report from Re/code claims Apple is working on a web-based TV service. It may offer à la carte content packages direct from content creators.
SHOW TRANSCRIPT

People have been talking about it for years, and now we may finally, actually, truly see a TV service from Apple.

During Apple's recent earnings call, CEO Tim Cook hinted at the company's continued interest in television, saying, "It's something that we continue to look at and work on and find a way that we can make an even greater contribution than what we're doing."

Now, according to a report from Re/code, Apple is actively pursuing an over the top TV service — that is, a web-based service.

The Cupertino company is reportedly in early talks, so it could be a while before we see Apple's take on television — if at all.

A writer for The Verge reminds us Apple's been at this for years. The company's set-top box, Apple TV, has been around since 2007, but it hasn't really broken any barriers. And in 2009, the company was rumored to be working on a subscription service for TV content, but no dice.

So what makes this latest attempt any different? Well, the Re/code report says Apple would effectively cut out the middle man. It would circumvent content distributors like DirecTV or Comcast "and work with the TV content owners instead." (Videos via DirecTV, Comcast)

And by going straight to the source of the content, Apple reportedly hopes to offer an à la carte television service.

What we're left wondering is whether Apple will bring its web TV service to the 25 million Apple TVs its sold, or to the long-rumored, yet unannounced, television set people can't stop talking about. (Video via YouTube / Apfellike)