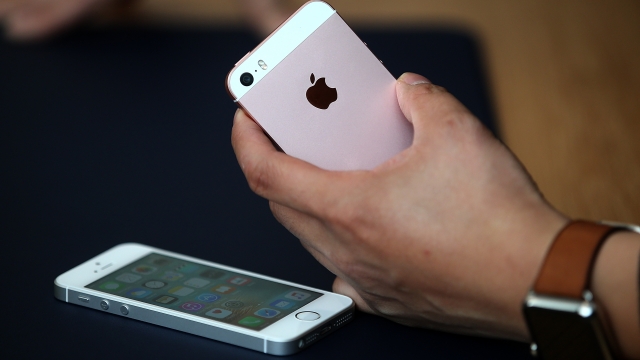 Apple has a long history of selling smartphones for a premium price, and the iPhone SE breaks that mold.

Apple's iPhone SE isn't a big shock if you heard the rumors. And reintroducing a 4-inch iPhone wasn't all about making small hands happy, either. It was about sales.

But, that hasn't stopped a number of outlets from dwelling on hand size. Yeah, the buzzy phrase makes for a funny headline — but are we just ignoring the fact that Apple's iPhone SE is the least expensive new iPhone the company's sold?

Ever since the first iPhone was released in 2007, the original list price on Apple's phones have been anywhere from $550 to $750. Compared to those prices, the iPhone SE (starting at only $399) might actually be a good deal.

To get that price, normally you'd have to wait a year or so for a price drop — and by that time, the technology is outdated.

But there are a few factors that likely drove down the SE's list price. For one, iPhone sales were slowing down, and that left investors feeling a bit uneasy after Apple's last earnings call.

Also, wireless companies (for the most part) have done away with cellphone subsidies. Those were the deals carriers cut on phone costs in exchange for a signature on a two-year contract.

Now that subscribers have to pony up for the full cost of the phone instead of the much lower subsidized price, it might just be harder for Apple to close the deal on iPhones that go for $650 or more.

So, cut it out with the hands talk because it doesn't take small hands to recognize when a phone is just too expensive.

This video includes clips from Apple and T-Mobile and an image from Getty Images.