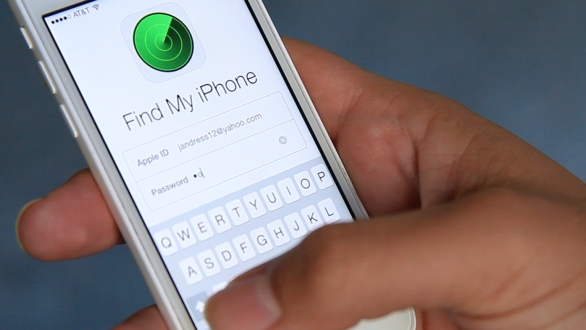 The most stolen smartphone in the world has taken a step toward shedding that unfortunate title. Apple's new operating system, iOS 8, comes with Apple's "killswitch" feature already activated, unlike all the systems before it.

The killswitch or activation lock is a part of Apple's "Find My iPhone" App. It allows users to not only lock the phone that has been stolen, but it also prevents thieves from wiping the phone clean. Phones that operate on iOS 7 have the lock option, but they have to turn it on for it to work.

The difference with iOS 8 is that when anyone installs the new software, the activation lock will be on by default.

Although Apple has made this change to its software with this latest update, many in the law enforcement community claim the major tech brands have been dragging their feet on this feature.

"This was not a matter of urgency. You had Ray Kelly, the police commissioner of New York City, Kathy Lanier, the chief of police of Washington D.C. ... haranguing them saying look the minute you make this – not a smartphone – a really dumb phone, a paperweight, the thefts stop."

And there seems to be some tangible evidence to support this claim. The San Francisco District Attorney gathered data from New York City, London and San Francisco which shows since Apple unveiled "Activation Lock" last year, iPhone thefts have dropped significantly.

The evidence was so convincing to California lawmakers, they crafted a bill, which was signed into law last month, requiring all tech companies make the "killswitch" feature standard on all smartphones sold in the state after July, 2015.

As it stands, Samsung and Apple devices have the killswitch feature available, while Windows and Android devices do not — though they both say they plan to build in the feature.