Apple's Encryption Fight With The Government Continues In New York 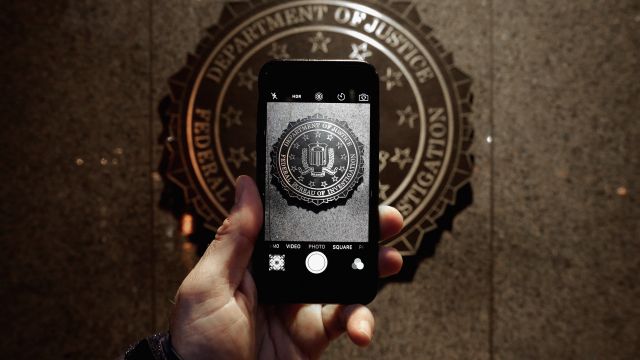 SMS
Apple's Encryption Fight With The Government Continues In New York
By Matt Picht
By Matt Picht
April 8, 2016
The Department of Justice is moving forward with a court case which could compel Apple to help them unlock a seized iPhone.
SHOW TRANSCRIPT

The federal government's battle with Apple over encryption isn't over. The Department of Justice is pressing forward with an appeal for Apple to break into an impregnable iPhone.

The previous legal fight over a phone used by the San Bernardino, California, shooter fizzled after the FBI found a way to subvert Apple's security. But the agency says its solution only applies to a subset of older phones.

One phone the DOJ apparently can't get into belongs to Jun Feng, a New York drug dealer who has pleaded guilty to conspiracy. The government wants to get Apple to unlock the phone, and it's using the same legal justification used in the San Bernardino case.

Apple has complied with similar law enforcement demands in the past, but it's been increasingly resisting such cooperation, in part because breaking into iPhones at the government's behest could damage the perceived value of the company's security systems.

Apple's lawyers say the government's suit is more about establishing a precedent than unlocking a specific phone; a court victory for the government could compel Apple to unlock dozens of other phones seized by law enforcement.

The encryption fight has spurred legislation in the Senate that, according to The Hill, would force companies to provide "technical assistance" to law enforcement.