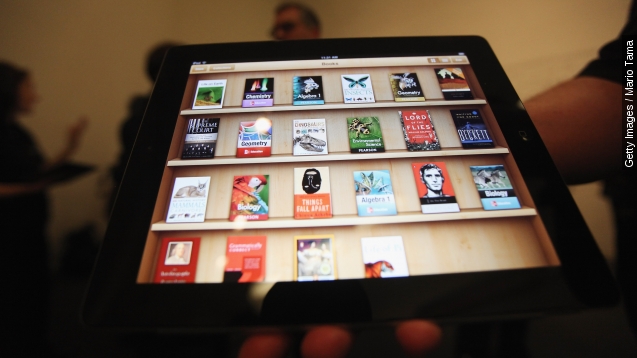 SMS
Apple's E-Book Pricing Scandal: A Long Road To A Small Fine
By Leah Becerra
By Leah Becerra
June 30, 2015
A ruling against Apple in the e-book price-fixing case has been upheld, though the fine Apple faces is next to nothing for the tech giant.
SHOW TRANSCRIPT

Apple's been weighed, measured and found guilty of conspiring — again. The outcome is a $450 million slap on the wrist.

A U.S. appeals court voted 2-1 to uphold a 2013 ruling, when Apple was found guilty of conspiring with book publishers to raise the cost of e-books.

The method in which Apple sold e-books — known as agency pricing — allowed publishers to set the cost of e-books, rather than whatever cost a retailer might've decided. (Video via Youtube / Mobilityminded)

Eddy Cue, who you might recognize from the Apple Music announcement, was the Justice Department’s key witness during the original trial. One damning piece of evidence that ultimately tied Cue, and therefore Apple, to the case was that the company was fixing prices.

An email written by the late Steve Jobs and sent to Cue read in part:

"I can live with this, as long as they move Amazon to the agent model too for new releases for the first year. If they don't, I’m not sure we can be competitive."

So, the ruling against Apple stands. And as we mentioned earlier, the company must pay a $450 million fine. But that's not much considering the company reported a second-quarter net profit of $13.6 billion in April.

Where does the money go? Most of it goes to you. Assuming, of course, that you actually read e-books and you joined the DOJ's initial suit filed in 2012.

That's right. Since the initial suit claimed consumers were harmed by Apple's pricing scandal, most of the money will find its way back to buyers.

This video contains images by Getty Images and music by Pierlo / CC BY 3.0.