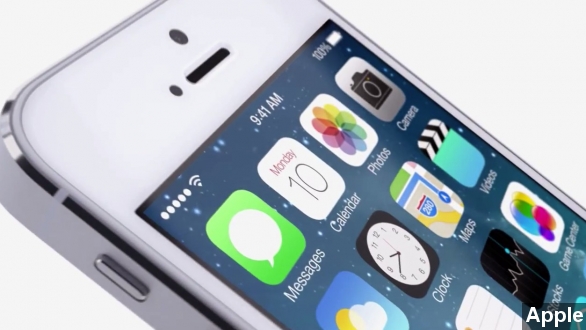 By Erik Shute
April 17, 2014
Sources close to Apple told Bloomberg the company plans to introduce an integrated song identification service during the launch of its next iOS.
SHOW TRANSCRIPT

​For those of us who can't tell a Katy Perry song from a Sara Bareilles song, Apple and Siri could help name that tune.

Rumors Thursday hinted the Cupertino company plans to unveil an Apple-branded song identification service in the next build of its iOS.

According to Bloomberg, sources close to the matter whispered the name "Shazam" when describing the service. It's one of the leading song ID apps out there with a monthly user base of 90 million people.

Apple will likely cram in Shazam's vast music database to enhance the service. However, other sites like The Mac Observer speculate Shazam will be the service.

It thinks the app could be planted directly into Apple's new iOS 8, so users won't have to jump to the Shazam app to identify a song.  Apple has done the same with Facebook and Twitter, which are both featured in iOS 7.

The rumored app will reportedly work on both iPad and iPhone, but it might give Apple's personal assistant some keen ears as well.

AppleInsider explains:​ "Siri might get song ID support with users asking the virtual assistant, 'What song is playing?' From there, iOS can use the data in any number of ways, including opening Apple's own iTunes Radio or the Music app."

With apps like Shazam, competitor SoundHound, and others readily available, there's no telling if Apple fans will be in-tune with built-in song ID support. But Cult of Mac explains this could be a way to get customers back into digital music sales.

​"The addition of a song-identification feature would be a huge plus for iTunes Radio's digital track discovery, which also drives music sales from the iTunes music store."

Besides, Apple has its history rooted in music. From the start, the success of its iPod is an important part of the company's new beginnings.

It's also known for going toe-to-toe with the innovators whose apps grace its iPhones. For example, as more people left the iTunes store to turn to music streaming services like Spotify and Pandora, Apple decided to introduce iTunes Radio to compete in the arena. If real, the integrated song ID will follow suit.