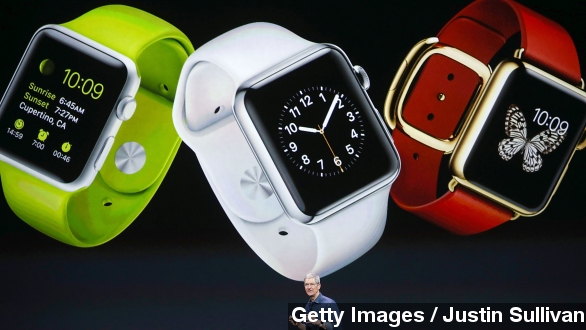 "We have one more thing ... " Apple's CEO Tim Cook said in September.

Since that highly anticipated announcement in September and the concept reveal of the Apple Watch, we've been left highly anticipating more on a release date from the company. It appears our wait is over. (Video via Apple)

The company sent out announcements for a March 9 media event with a simple message, "Spring forward."

Of course, other updated products could be revealed, but that's a fairly obvious reference to both the day after the U.S. begins daylight saving time and presumably Apple's biggest venture into new tech in recent years.

Apple is holding the event at the Yerba Buena Center for the Arts in San Francisco, a venue the company's used before for big announcements like unveiling the iPhone 5. (Video via YouTube / iOSVlog Daily)

CEO Tim Cook has previously said the wearable tech would ship sometime in April, but the company has kept quiet on several details on the Apple Watch like full pricing info, battery life details and accessories. (Video via Apple)

This video includes an image from Getty Images and music from BOPD / CC BY 3.0.