Apple Seems To Have Removed Many Duterte-Themed Mobile Games 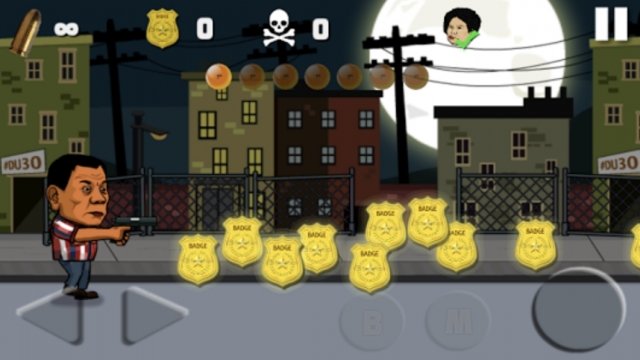 SMS
Apple Seems To Have Removed Many Duterte-Themed Mobile Games
By Casey Mendoza
By Casey Mendoza
November 28, 2017
Activists worried the games would "valorize and normalize" the violence of Duterte's presidency.
SHOW TRANSCRIPT

As controversial as he is, Philippine President Rodrigo Duterte is a popular figure in his country. He's even starring in some mobile games — which might not be around for much longer.

Back in October, a group of 131 organizations asked Apple CEO Tim Cook to take down games that glorified Duterte and his deadly war on drugs.

In the past year, Duterte's drug war has killed thousands of people, some of them bystanders and teenagers. The letter to Cook said the games "valorize and normalize" the violence.

Many of the crude-looking games in question star Duterte or Philippine police gunning down "criminals." Most of the games were removed from Apple's app store, but many are still available for Android devices.

As of Tuesday evening, Apple had not commented on the game removals.