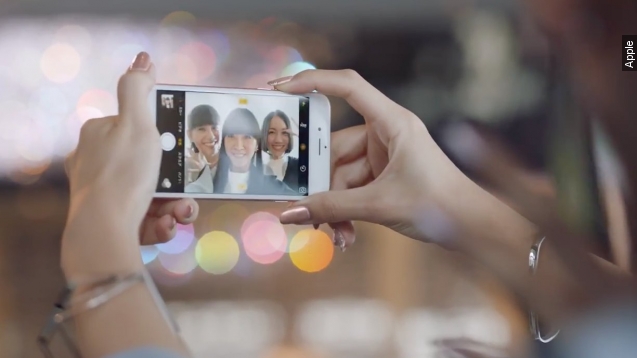 SMS
Apple Predicts Record Sales For New iPhones
By Ryan Biek
By Ryan Biek
September 14, 2015
Based on recent presale figures for the iPhone 6s and 6s Plus, Apple predicts it will beat its record for iPhone sales in an opening weekend.
SHOW TRANSCRIPT

Apple seems to have confidence to spare. The company told CNBC its iPhone 6s and 6s Plus sales are "on pace to beat last year's 10 million unit first-weekend record."

You heard that right –– it's projected more than 10 million new phones will be sold. Although it's tough to compare this year's preorder sales to last year's, Apple said this month's have outpaced the company's predictions.

And Apple has a history of breaking its own records. The 10 million iPhone 6 and 6 Plus models sold last year outperformed Apple's previous high of 9 million units, set during the 5s and 5c's opening weekend.

A market analyst told USA Today that Chinese customers have been a big source of preorders for the newest models. That alone is a good sign, since Apple's stock has recently fallen because of concerns over sales in China's slowing economy.

Prices for the 16 GB 6s and 6s Plus will start at roughly $200 and $300 respectively. You might want to preorder soon, though. Apple's reporting four-week wait times for the 6s Plus.