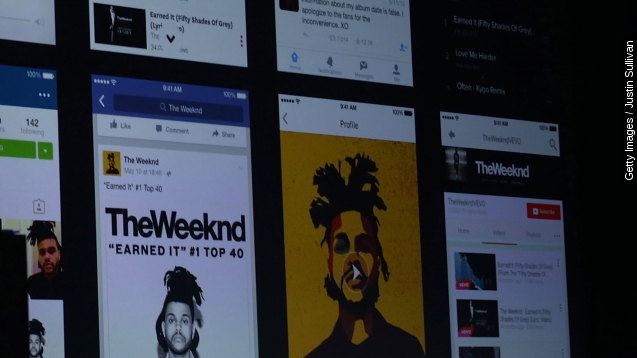 Now that it's actually paying, Apple Music's royalty scheme looks just like that of any other streaming service.

You probably heard how Apple changed its tune after that angry letter from Taylor Swift, and announced it would start paying royalties to artists during its three-month Apple Music trial period.

Now we have a number to go with that, thanks to The New York Times: 0.2 cents per play. It’s not a lot, but it has some important implications.

The Times explains: record labels like that one-fifth of a penny because it will make being on Apple Music worth the time and effort for artists from the start. This includes Swift, who is herself signed to the independent Big Machine Label Group.

And this could be some of the best evidence yet that Apple’s service will be ready to compete with all the other streamers out there. (video via Apple)

Record execs say 0.2 cents a song is par for the streaming royalties course, meaning Apple won’t be paying any more than its competition to provide music to its listeners.

Combine that with Apple’s also-industry-standard subscription fee of $9.99 per month, and its cash flow should look a lot like that of Spotify or Pandora. Except for the whole users-to-pay-for-it thing. (Video via Spotify)

Music industry execs didn’t see much to worry about when Apple Music was announced. They say it doesn’t have any killer features that would draw off users.

And Apple doesn’t have a free tier to boost those numbers, either, unless you count the built in Beats 1 radio stream. (Video via Apple)

For what it’s worth, industry watchers expect big things of Apple Music all the same. The service will launch June 30.