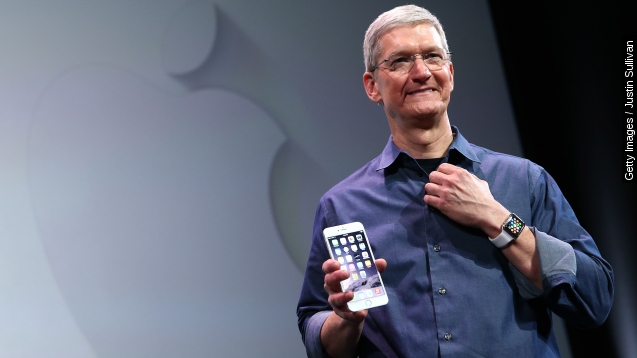 SMS
Apple Might Be Getting Serious About Gaming
By Ben Lawson
By Ben Lawson
August 28, 2015
A rumor that the new Apple TV is going to have a motion-sensitive remote has us wondering if Apple is getting into gaming.
SHOW TRANSCRIPT

TechCrunch claims the new Apple TV remote will be motion sensitive, making it operate a lot like a controller for the Nintendo Wii. That claim has some speculating Apple has its sights set on the casual gaming market.

But why now? For years, gaming has been an afterthought at best for Apple — something you can do with its products, but they aren't really designed with that function in mind.

Compared to PCs, there are hardly any games available for Apple computers.

Apple didn't even really seem to be paying attention to gaming until casual games took off on mobile platforms.

So if this latest Apple rumor is true, the company might be thinking the appetite for casual gaming will transfer from mobile to the living room.

There have been other rumors about Apple taking gaming more seriously, but it seems a bit more plausible this time.

Mostly because the company doesn't have to go that far out of its way to make it happen. The next Apple TV is rumored to run on the same processor as the iPhone 6. We already know that processor can handle casual games pretty well.

And adding a motion control to the remote could give it some useful functions outside of gaming as well.

In case you were wondering, this doesn't mean Microsoft and Sony execs need to be shaking in their boots. Sure, more competition from a company like Apple is probably terrifying.

But the processing power of the Xbox One and PS4 will likely completely dwarf the Apple TV, making it easy for them to keep the more gaming-focused audience.