Apple May Be Self-Censoring Its News App In China 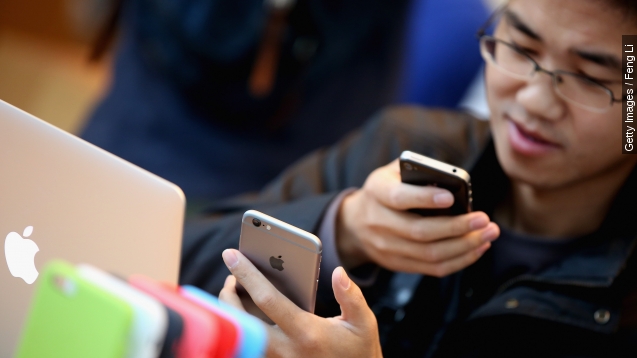 SMS
Apple May Be Self-Censoring Its News App In China
By Evan Thomas
By Evan Thomas
October 11, 2015
Reports say Apple may be disabling one of its own apps in mainland China, presumably to keep in line with the country's censorship laws.
SHOW TRANSCRIPT

Apple is reportedly deactivating the built-in news collector in iOS 9 for users in China.

Entrepreneur Larry Salibra detailed the blocking in a blog post last week. This is thought to be a move to adhere to China's strict censorship requirements.

Even if you've installed the news app in the U.S., it won't pull new content if your iOS device is connecting from mainland China. You get error messages instead.

Perhaps more worrying: The lockout seems to operate on its own, without any user permission. Salibra likens it to an Apple-sanctioned software kill switch, operating at China's discretion. (Video via Apple)

It's on individual companies to run their own censorship filters if they want to do business in China. Those who elect not to comply with China's rules see their business suppressed. (Video via Twitter, Facebook)

Google, for example, threw down over China's blocking in 2010 and has had some of its services effectively turned off in China for the past six years. (Video via Google)

Apple's not as software-focused as Google, but it has to walk the same line.

By the numbers, China is Apple's second-largest source of revenue. It understandably doesn't want to give that up. But it has its own PR image to consider and doesn't want to cede too much control to Beijing. (Video via Apple)

"For now, Apple seems to be avoiding the problem by completely disabling the [news] service for users in China," a writer for The New York Times penned.

It's not clear if there is or will be a fix coming. Apple hasn't commented on the behavior of its app.