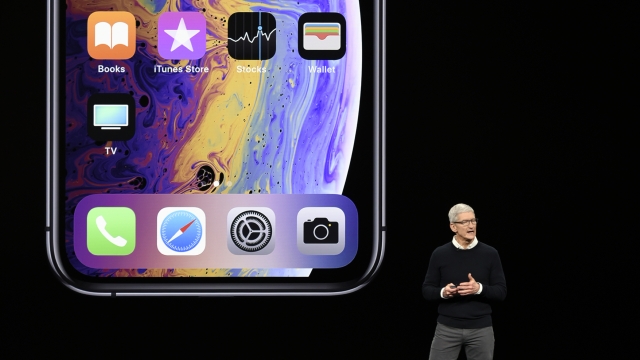 Apple announced Monday that in addition to launching a streaming service, it plans to create original films, TV shows, games and a credit card.

It looks like Oprah has the right idea about Apple's far-reaching clout.

In a highly-anticipated company announcement Monday, Apple unveiled what it's got in store for the public next, which includes three new subscription services and a financial option.

To start, there's an updated version of Apple News. Apple News+, a $9.99 monthly service, will provide access to top media outlets and hundreds of magazines.

The company will also launch Apple Arcade, a gaming hub with new original games in development.

And the tech giant also wants to help handle your money.

"By bringing together a hardware, software and services, we're going to do all of this and so much more, changing the entire credit card experience," said CEO Tim Cook.

Apple announced a new credit card called, you guessed it, Apple Card. In conjunction with Goldman Sachs, it touts no fees and daily cash back, and the physical card is made of titanium.

Finally, there's the big streaming announcement: The company's reconfiguring its Apple TV app to let consumers pick which channels they want to subscribe to, ad-free. It also announced content deals to produce new shows and films with stars like Reese Witherspoon, Jennifer Aniston, Steven Spielberg and, of course, Oprah, who touted the company's influence power.

"The whole world's got them in their hands. And that represents a major opportunity to make a genuine impact," Oprah said.

But that feature already has some big reputations to live up to in a streaming market that's getting pretty full. Even with Apple bringing original programming from big industry names, it'll have to compete with the likes of Netflix, Amazon and multiple other outlets.

Still, it seems Apple is pretty confident in its ability to dominate in a field where consumer data collection's been a big concern. Throughout Monday's presentation, executives made reference to the tech giant's approach to privacy, highlighting the way Apple uses information for recommendations but not for other specifics.

Apple TV+ and Apple Arcade are set to launch in the fall, while Apple Card is expected to make its debut this summer. An Apple News+ trial is already available.