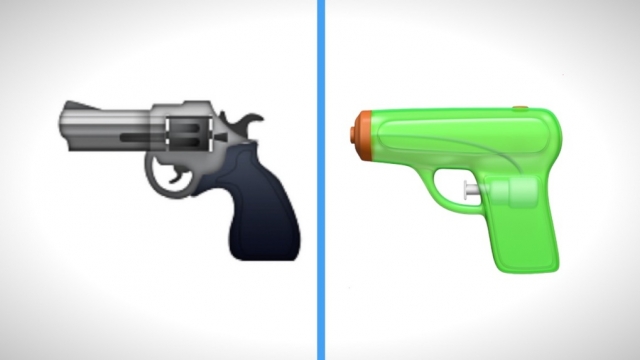 A lot of iMessages are going to look notably less threatening soon.

Apple announced Monday it is replacing its controversial gun emoji with this — an orange-and-green squirt gun.

The swap will be made when iOS 10 is released. But other than that, we don't know much about Apple's decision to swap out the gun.

The announcement didn't come with an explanation. The new emoji is simply listed among several other emoticons that will also be released with iOS 10, including a rainbow flag and female athletes and professionals.

But the move comes almost exactly a year after anti-gun group New Yorkers Against Gun Violence started the #DisarmTheiPhone campaign in an effort to convince Apple to remove the gun emoji.

Not long after the emoji announcement, the group's executive director told CNN, "Apple has stood up to the bullying tactics of the NRA and gun industry by showing that there are many more life-affirming ways to express oneself than with a gun."

SEE MORE: Apple Got The Rifle Emoji Banned From Keyboards

The gun emoji and other weapon emoticons have landed several people in hot water.

A middle schooler was charged after allegedly posting an Instagram message with a gun, knife and bomb emoji to threaten her school.

And one teen was arrested for posting a police emoji with pistol emoticons pointing at its head.

The updated iOS featuring the squirt gun emoji is expected to make its debut this fall.