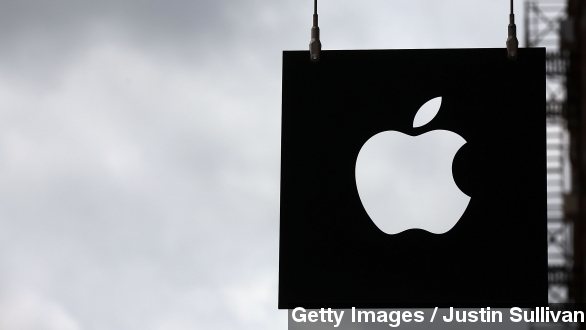 Following an embarrassing hacking attack last year, Apple has introduced new security measures for two of its most popular apps.

Apple is introducing a two-step authentication process for iMessage and FaceTime. Now, if a user tries to log into an account for one those apps on a new device, they will first need to input a PIN sent to a device that is already linked to the account.

This form of security is far from revolutionary, but it adds another level of protection to keep digital intruders out of online services.

Apple rolled out the two-step process for iCloud back in September and is still working on a wider roll-out across its other applications.

Apple's security practices were scrutinized last year after the iCloud accounts of several celebrities were hacked resulting in dozens of private, embarrassing photos being leaked online.

But Apple's security system wasn't technically "broken" in that incident. The hackers likely used a combination of phishing and easily-guessed passwords and security questions.

Or, to explain more clearly, the hackers didn't really break any doors down to gain access to those accounts. They simple stole the key.

The two-step verification process can help in that situation by requiring anyone logging in to an account on a new device to prove they're actually the account's owner.

The added measure comes just a month after a hacking expert detailed vulnerabilities in five Apple applications including iMessage and FaceTime.

Part of that report revealed that Apple failed to send email notifications when an unknown device attempted to access a user's account.

Apple has not yet announced if or when it plans to implement two-factor authentication on its other apps.