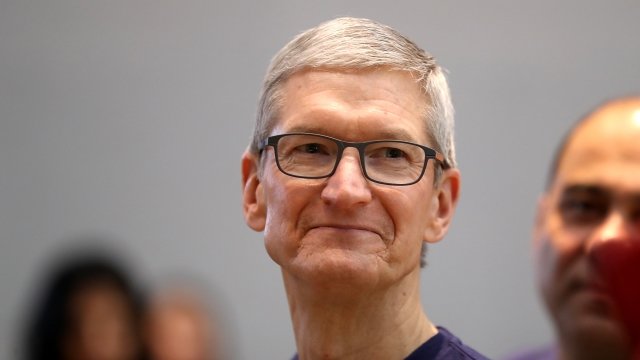 Who controls and can see a person's data is an issue that's been in the news a lot lately. Cook's comments came after a question about data firm Cambridge Analytica.

Earlier in March, Facebook suspended that firm after reports it had improperly gathered data on more than 50 million users, mostly without their explicit consent.

Cook's statement echoes comments made by Facebook CEO Mark Zuckerberg in the wake of the data leak — though Zuckerberg later backtracked a little and suggested tech companies could regulate themselves.

Cook's call for better data privacy isn't too surprising, either. It's similar to comments he's made about privacy issues at other tech companies.

But the statement does come right after Apple moved its Chinese iCloud operations and iCloud encryption keys to China — a move that worried privacy advocates.

Both Cook and Zuckerberg said new laws would have to be the right kind of regulation. And it seems likely that talk of regulation will continue, especially as investigations into Cambridge Analytica ramp up.