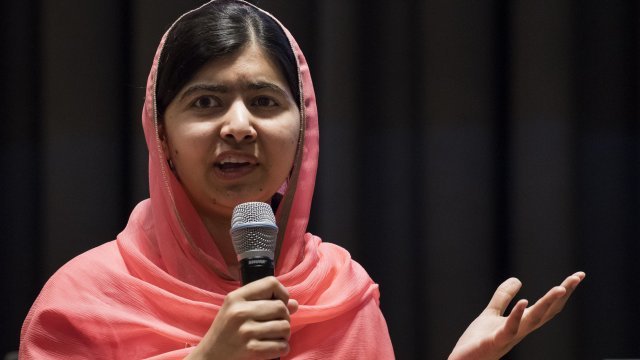 SMS
Apple Partners With Malala Yousafzai To Fund Girls' Education
January 22, 2018
Apple and Malala Yousafzai team up to help provide education to thousands of girls around the world.
SHOW TRANSCRIPT

The partnership will allow the charity to double the number of grants it awards and extend education programs in India and Latin America with an initial goal of helping more than 100,000 girls.

In a statement, Apple's CEO Tim Cook said, "We believe that education is a great equalizing force, and we share Malala Fund's commitment to give every girl an opportunity to go to school."

Apple's contributions will help Malala Fund by "assisting with technology, curriculum and research into policy changes."

In 2012, the Taliban shot Yousafzai in the head for speaking out about educational inequality in Pakistan. In 2014, she was awarded the Nobel Peace Prize.